Rocket League is no new game. It launched back in July 2015, but its popularity hasn't waned. It has always been one of the favorite racing games for car fans. If you wish to get better at Rocket League, below, there are tips from master players that help you farm XP fast and boost your ranking in the game. Without further ado, let's go for the tips. 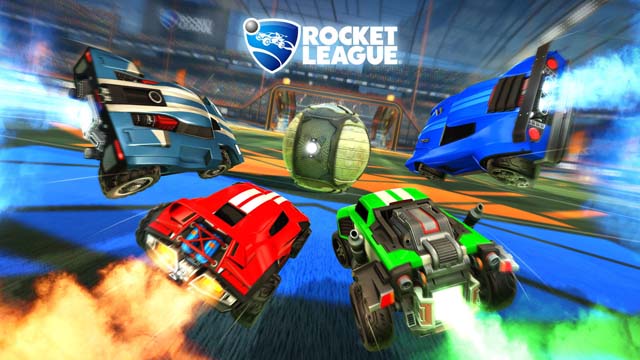 Glance at the opponent before you commit to a 50/50. If you see them wildly out of place, you’re in a good position to make a great shot. If you see that you likely won’t reach the ball before them, rotate to a better position. Otherwise, brace for impact.

Don’t show off mechanics in ranked. If you’re in a good position to do an air dribble from the wall and you’re comfortable with it, by any means pull that off. Just don’t use ranked as an arena to practice stuff you’re failing most of the time. And don’t call people try hards just because they won’t let you set-up for reset shots. If you want to do that stuff in ranked, you must be comfortable to do it under pressure.

For aerials: Aerial Training within Rocket League: Good starting point so you can learn to predict the ball’s position and where you should be flying.

Turn around when retreating, don't drive backwards because this is slow and clumsy. There is an effective powerslide method and an effective (but advanced) jump method to turn around.Don't make your goalie fly straight up to dodge a ball directly above your goal. Drive along the wall above your goal and hit the ball out that way.

Be fast: Speed is important. If one of your opponents is consistently faster than you and he/she gets the ball in nearly all aerials, reevaluate your strategy. Sometimes, having boost available for critical situations is very important.

Recover quickly:If you want to keep up with fast paced gameplay, you must be able to recover after putting yourself out of position.

Land on your wheels: After being in the air for any amount of time, whether because of a bump, an aerial or a wall jump, you want to land on your wheels, so use your air roll and your cat-like relfexes to recover as fast as possible.

Learning to Play on a Team: Teamwork is key in Rocket League and can lead to a successful or well played match. If you're what you consider to be a “high rank” in the game, chances are your teammate worked just as hard to get there as you did, so get in a group that you can play with consistently.

Learn Tactics: Learn advanced mechanics last. You see people pulling off ceiling shots in plat, but they’re somehow stuck there. That’s because they don’t know basic gameplay. There are larger, more important areas to learn first, such as proper rotation, winning 50/50’s, being first in aerial shots, not double committing, not ball-chasing, quick reflexes, good defense, etc. In addition, rotation is the most important skill for playing as a team in Rocket League. Here’s a video showcasing you how to do it as you can see above.

That's all with this Rocket League guide. If you have trouble completing certain modes or challenges, you can come to Boostingvip.com for cheap boosting services. Here you can choose from a bunch of professional game masters of in-demanded games to play the game and help you rank up fast. Those games includes Rocket League, PUBG, Dota2 and so on. You can check by yourself and have a try!