Activision and Infinity Ward revealed a new fast-paced 2v2 mode — dubbed Gunfight — for Call of Duty: Modern Warfare and it is already receiving a positive reception from fans. Below, Boostingvip.com will walking you through all the latest details revealed on the new mode: 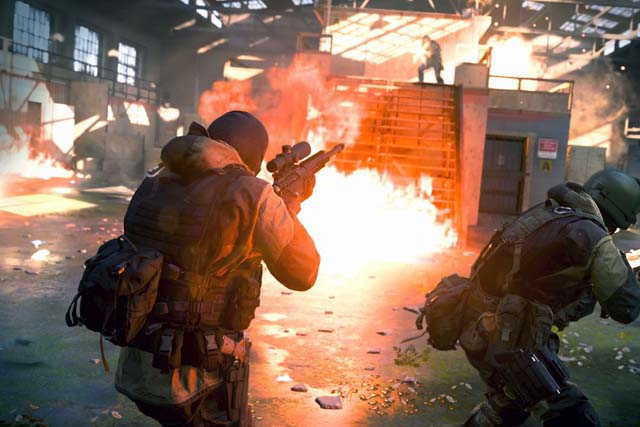 How will the new gun fight mode work?

Gunfight is a fast-paced, strategic and cooperative mode where two teams of two set out in custom-made maps that are the smallest featured in Call of Duty multiplayer with the exact same loadout in an attempt to eliminate one another. Loadouts change every two rounds to keep things interesting and the first team to claim victory in six rounds wins. Here is a small sample of what to expect from TeeP.

Each round in Gunfight is only 40 seconds long, with Overtime setting in should time expire. Once this happens, a flag spawns if at least one player on each team is alive. Overtime lasts for 10 seconds, giving each team a little extra time to win by either capturing the flag or eliminating the other team. Should Overtime expire without either team winning, the duo that has the higher health wins, and in the event that the health is the same, the round results in a draw. Needless to say, this is going to be a rather quick mode for those looking to get in on some fast-paced action.

Thus far, Infinity Ward has shown three maps which will be available at launch for Gunfight. These are King, Pine, and Stack.?These include: Pine, which is set in a forest; Stack, a container yard in the desert; and King, a warehouse training area that feels a lot like Captain Price’s plywood-and-spray paint training ground from the original Modern Warfare. We played on King, which was small enough that it was almost impossible to avoid encounters, but just large and diverse enough that you could give your enemies the slip just long enough to create ambushes. The center of the map included a two-story wooden walkway that added the ability to get up and around other players, while the sides included cargo containers with windows where it was possible to hide out (or get pinned down and killed by a well-placed grenade).

Of course, this is just the first reveal of Call of Duty: Modern Warfare gameplay thus far. Infinity Ward has yet to release an official gameplay trailer, for example. However, fans can look forward to a bigger multiplayer reveal coming in a livestream on Twitch at 10 a.m. on August 1.It’s unknown exactly what will be revealed then, but Infinity Ward has set that it will be a larger event.

Be sure to check back in the coming days for even more news on Call of Duty: Modern Warfare. Stay tuned with Boostingvip.com, a professional Cheap Call of Duty: Black Ops 4 Boosting website.