Destiny 2 Guide - How to Unlock The Outbreak Perfected Exotic Weapon

Destiny 2 Patch 2.2.2 is live now and bring a new Outbreak Prime quest which awards an Exotic weapon upon completion. That weapon is none other than Outbreak Perfected, a modified version of the original Destiny’s Outbreak Prime. In this guide, we’ll show you how to complete the quest step by step and unlock the exotic weapon. 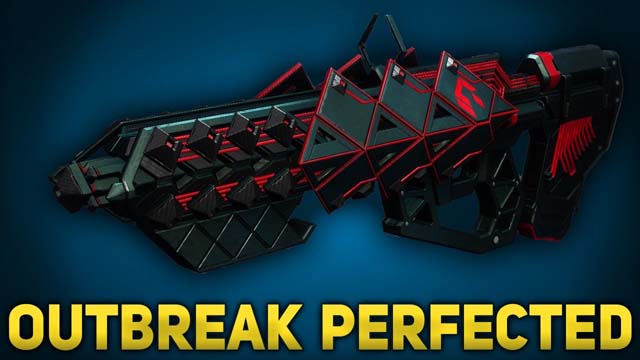 How to Unlock The Outbreak Perfected Exotic Weapon in Destiny 2?

To unlock the quest to get Outbreak Perfected, you'll first need to head to Titan. Land on The Rig and head south, into the area called Tidal Anchor.

Keep moving until you you encounter the first room with the shrieker (those floating hive enemies that spit out a barrage of purple lasers) rather than head straight through into the next room, turn left and open the door. If you can't open the door, there are some prerequisites players are still untangling. It also might just be a bug. Inside you'll find a mostly empty room filled with computers.

Check for a small supply bin near the Fallen computer on the right side to find a "Fallen Transponder" item. Finish up the quest and head back to orbit.

Once you have the transponder, you'll need to decode it using six data nodes. These are all found in Fallen-themed Lost Sectors, with four in the EDZ and four on Nessus.?Here’s a breakdown of all six nodes locations.


Node 6: The Rift Lost Sector on Nessus - Jump up to the leftmost section of the main room. The node is inside the farthest freight.

Return to The Farm

Once you've found every node, fly to the farm and head to the basement of the main building. There, you'll find a new mission called The Old Tower. This will pit you against the Power Level 690 Fallen. So you'll need some skilled, high-level friends to make a dent in it. Make sure to bring a fireteam because Destiny 2 only gives you 20 minutes to complete “Old Tower.” If you are struggling with this mission, don’t worry. You can come to Boostingvip.com for Cheap Destiny 2 Boost and choose advanced players to help you with it.

Upon defeating the mission’s final boss, you will receive your prize: the Outbreak Perfected, the upgraded version of Destiny‘s Outbreak Prime.

It’s fantastic when developers sneak in little surprises for long-time fans! Keep your eyes peeled, because you may soon see Outbreak Perfected popping up in Destiny 2’s Crucible!

League of Legends Guide: Best Ways to Farm Blue Essence Fast and Easy
Rocket League Half Flip Tutorial - How to Do It with A Keyboard and Mouse or with A Controller