The latest Call of Duty: Black Ops 4 update is available now on PS4, Xbox One, PC, and adds more content, gameplay improvements and bug fixes for players to enjoy. It adds a map variant a new alternate-weather map, Arsenal Sandstorm, for free for Multipleyer. In addition, we will also see a new Infected mode and a new Deathmatch Domination mode on the way. Below, we’ve listed all new content in April 17 th update. 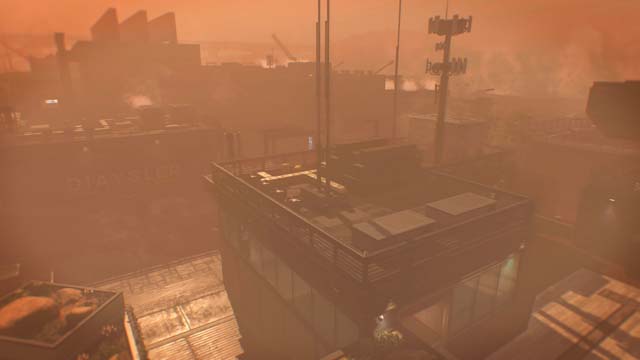 As the name suggests, the new map variant is a version of Arsenal that has been overtaken by a dangerous desert storm. Therefore, players will have to contend with waves of sand as well as their enemies. Visibility will be reduced, meaning close-quarters combat will be favoured. The new map is available for free for all players for all players including those who do not have the Black Ops Pass. If you are stuck by low leveling in Multiplayer mode, you can subscribe Call of Duty: Black Ops 4 Multiplayer Leveling at Boostingvip.com.

Along with the new map comes a new death match domination playlist for PlayStation 4 players. The new mode is called Deathmatch Domination mode. In this new take on Domination, teams now have two ways to earn points toward the score limit: by capturing objectives, and by earning kills throughout the match. No matter how you play, you’ll be playing for the team. Get out there and let us know what you think in the comments.

Infected Now Live on All Platforms

Infected is now live in Multiplayer on all platforms! We’ve also made some improvements to gameplay and stability. One change is that when a Survivor becomes infected, only 10 seconds are added to the game clock instead of 30 seconds. This is to ensure that matches don't run longer than intended.

In this mode, players are divided into two teams: Survivors vs. Infected, with one player randomly selected as the first Infected. For infected players, the goal is to hunt down Survivors, attack them, and convert them to become members of their team. The Infected team wins when all members of the other team have been converted to the infected. The survivors need to select from present classes and avoid or kill the infected. They win when at least one team member remains once the timer runs out.

While survivors have one life before they become infected, the infected team has the ability to respawn any number of times.

Other changes includes weapon tuning to the Rampart and KN-57, an extension to the final Collapse timing in Blackout’s Alcatraz map, and more. You can check the video below for the full list of what’s new.


The update is available now, aside from Deathmatch Domination, which will arrive on April 23rd. For more news and guides on Call of Duty; Black Ops 4, stay tuned to Boostingvip.com.