Sticks and Stones Mode Returns to Call of Duty:Black Ops 4 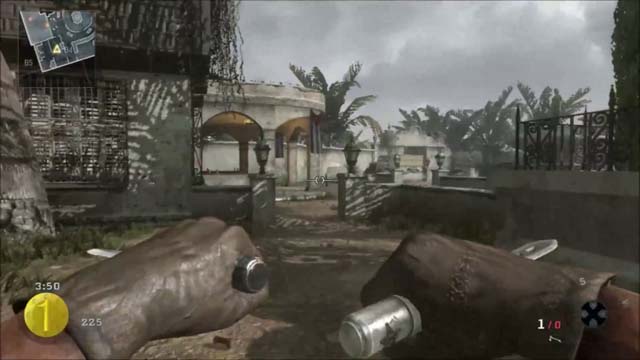 Sticks and Stones first appeared as a wager game mode in the first Black Ops title, before coming back as a party game mode in Black Ops II, and has been a fan-favorite mode ever since. If you’ve never played Sticks and Stones, , here’s our breakdown and some tips to take into the lobby before you try it out for yourself:

How do Sticks & Stones mode work?

Sticks & Stones was a party game for Black Ops 1 & 2. The game mode revolved around six players playing a Free-for-All match with specified rules. Everyone had a crossbow, Ballistic Knife, and a Combat Axe. The player would earn points for each kill and the top 3 players would win the match. However, the game mode had a twist. If a player was killed by the Combat Axe, they would be “bankrupted” and lose all of their points!

Tips and Tricks for Sticks and Stones

The first aspect of the game that needs to be accounted for is physics. This is usually something to consider in Blackout, as bullet drop becomes a factor at the longer distances. But when it comes to firing a Ballistic Knife and throwing a Combat Axe, both will travel in an arc to the target. In addition, gravity bears on all three weapons, so take in account drop-off when aiming, particularly at targets further away.

In other words, when trying to hit someone from down range, aim a little bit higher than usual to account for gravity.

At the start don’t care about points. Points mean nothing till about 30 seconds. Focus on Tomahawking people, it is really frustrating to lose your points which will put them on edge and give you an advantage. First place is the BIG gold dot. Always go for them!

The cross bow is really better for groups, when you see two or three people shoot in the middle, unless you’re good enough to stick them. The Knife is best to have out otherwise because of the slight lunge you get from it.

If you get a big score in the early stages camp, but beware because good players will be trying to tomahawk you. Try and camp some place open so you can dance around the hawk. Never turn your back.

Tomahawk when you’re in first so if you do get set back it’s not that bad. And if anyone is ever in a corner you’re in Tomahawk them, don't knife. I never understood why people knife in that situation. At least get +100 for a ballistic kill.

Last, if you wanna improve your gameplay, come to Boostingvip.com for Cheap Call of Duty: Black Ops 4 Boosting. Plenty of veteran players are for your option to help you get better in game.

Call of Duty:Black Ops 4-Operation Apocalypse Z Edition Available Now, Here’s Everything You Should Know Before Buying
How to Get the Hush Gambit Pinnacle Weapon in Destiny 2