Destiny 2 Season of Opulence: The Best Way to Farm Imperials

In Destiny 2’s Season of Opulence, in order to unlock new upgrades for the Chalice of Opulence, players need to upgrade it using a new currency called Imperials. Fortunately, there are a variety of methods to get Imperials in Destiny 2, and here’s what you can do to farm Imperials. 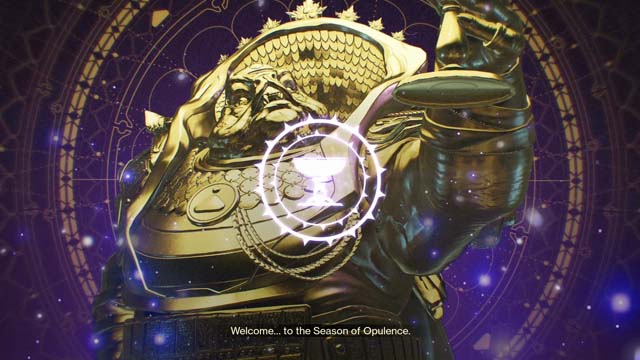 Farming imperials is pretty easy, but before you start upgrading your chalice, make sure to unlock the “power and efficiency 1”upgrade. Now you can open all those chests on the back of the golden barge on nessus. This will almost give you enough to upgrade “power and efficiency 2”. Get the rest by doing menagerie triumphs and the 4 bounties from Werner. Once you get this upgrade you have a chance to get imperials through just playing strikes, gambit, crucible or menagerie.

First, let’s talk about sources of imperials that you can use BEFORE farming them.

1: Weekly Calus Bounties Completing these bounties gives 600 imperials, but make sure to check the triumph for them or you miss out on 500. These can also be done on ALTS for 800 extra imperial!

2: Menagerie Triumphs These are triumphs you can complete on the menagerie, such as a flawless gauntlet and killing the boss.

3: Nessus Barge chests These chests, located in the barge, cost 5000 glimmer to open and reward 150 imperials.

After unlocking the upgrade mentioned at the beginning of this guide, you can purchase an item from the barge that increases the chances of receiving 500 imperials from strikes, gambit, crucible, and the menagerie. There is a limit of three per week. Buy them and head to the menagerie.

THE FARM: Complete the menagerie as normal, and loot the chest. Make sure you always have runes slotted. After completing the chest, run past it and down the hallways. Eventually you will load into a new zone, the area you started the menagerie in. Slot a new rune and run back to the chest and loot it. I’ve been able to do this 5 times, but I bet on pc can get 6.

You don’t even have to stop after you’ve used the buff 3 times, but farming without it reduces the chances you will get imperials.

Remember, it’s not a guaranteed drop, but this method is the fastest way I have found to get them. I usually get 500 imperials per run, so around 20 percent chance from what I’ve seen.

If you have enough runes to spare, then just run the menagerie and go forth and back at the end (first room - final room) always using a new rune and opening the chest. I felt its around 1 out of 3 in menagerie chests and 1 out of 5 in crucible/strikes. On console, you can open the chest 5-6 times in the end.

so if you run out of runes to spare, you should run strikes/crucible with the runefunder boon. then return to the menagerie. you always get 500 imperials if you get them to drop.

New Heroes of the Storm Event Mechastorm 2 Announced, All The Latest Details You Should Know
How to Become A Best Sniper On Call of Duty:Black Ops 4