Advanced Gameplay Tips for Starting Out in Battlerite

With the recent free release of Battlerite in February in 2019,the game attracted a lot of new players, and many are wanting to understand the game more to get better in a general aspect. Therefore, here Boostingvip.com provides this guide, with some gameplay tips. Hopefully after reading this guide you will greater your game sense and be able to climb in ranks. To rank up higher and faster, you can also come to Boostingvip.com for Cheap Battlerite Boost if you don't have enough time to play the game. 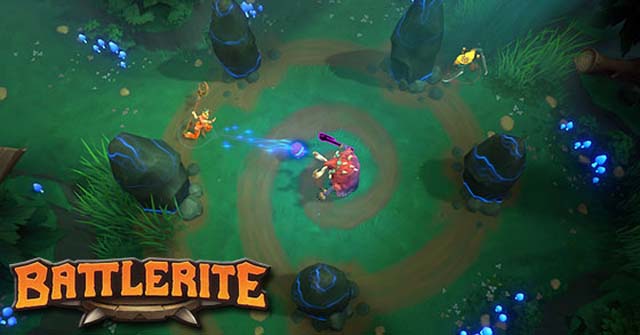 Learn all the champions abilities. Go into Playgrounds and try them out note that some abilities has i-frames. These abilities have an amount of frames where the champion is invincible. You can recognize these abilities. If the health bar disappears while you're mid ability, it's an i-frame ability. These abilities can be used to dodge debuffs like Oldur's R (Petrify), Croak's Ult (Venom Pop) and every other ability, if you time it right. It's not always useful to dodge every ability though, since they might have something else up their sleeve.

Middle Orb is the biggest, and undoubtedly the best orb. This orb spawns 20 seconds into the round with 60HP. It gives you 10 real HP (meaning if you lost a threshold of health it will recover some of it), 10 recovery HP, and 25 energy. However this is only if your teammates are alive, and you all will benefit from it equally. If you are the only one alive, the numbers increase to 25 real hp, 25 recovery HP, and 50 energy. Middle orb control is really important, you always wanna keep your Q ready for when the orb spawn and then hit it once, you cast Q and then both you and your teammate hit it once (if your enemy hits it once, you don’t need both you and your teammate to hit it. You want the Q to get the last hit because otherwise if all 4 of you hit it there's a chance they might get it).

There is no such thing as a "tank" in this game. Everyone takes the same amount of damage. There are "periods of being tanky", such as Rook's "Come at me bro!", or Bakko's rite for reduced damage after Heroic Leap. When you are not tanky, you shouldn't try to tank damage. Use your temp-tankiness to win trades, and then get out.

“Focus on the support” is a bad call. This is called tunnel vision, and it's bad. Tunneling on one champ means you're ignoring the other one(s), ignoring your teammates, and ignoring the orb. Sometimes the best call is to burst the Croak who just jumped in, out of range of his other teammates.

Win trades! If you think in terms of how much health you lose vs. how much health they lose, or what abilities you trade for getting an "out", the game starts to make more sense. If I trade the cooldown of Ruh Kaan's RMB for Poloma's Other Side, I have a much easier time landing my E. You can also win trades for active time. If you panic someone into the other side of the map, they have to spend all that time running back to the fight. Meaning, they are not contributing to the fight. That's a great trade!

Position is key in 3v3. (The best position is the "Trash can" with two DPS (Usually 1 Melee 1 Ranged) in front, and support behind them. In this situation they can easily punish a frontliner like Thorn, Bakko etc.

Communication is important if you're in a voice chat with your teammates. Notify what abilities you see has been used. Not everyone can keep track of every ability, and especially your support who has to keep track of 5 champion's abilities at the same time.

Fortnite Season 8 Week 9 Guide: How to Complete All Challenges and Find Secret Banner
Heroes of The Storm Guide: How to Get Gold Fast