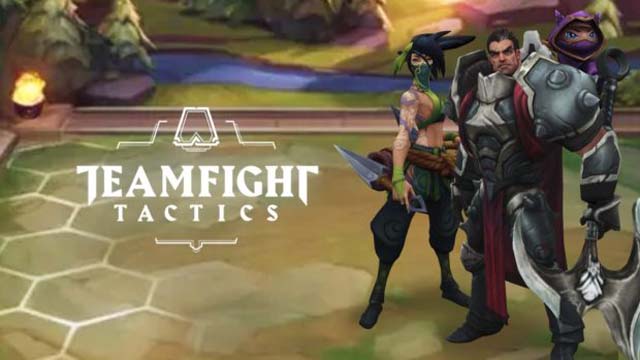 The Patch 9.14 should be out within the next week, and Riot said that it might not start right at the beginning of that patch cycle, but it is planned for the next update, and like the game mode itself, it’ll look a bit different from the ranked modes players are used to in the base game.

Riot outlined how a ranked game of Teamfight Tactics will look in a post on the League Nexus. Ranked TFT will look very similar to Ranked on Summoner’s Rift. You’ll still have the same tiers and divisions, and at the end of every game you’ll gain or lose LP based on how well you did.

Although the ranked system may look the same, there are plenty of differences that set the two apart. Here’s a handful of big differences though: 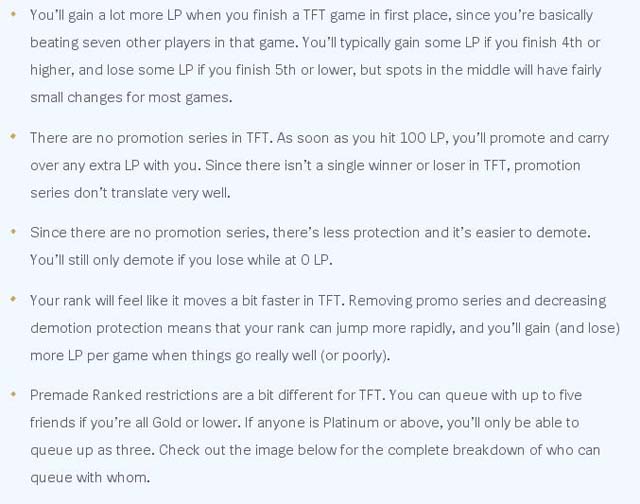 There will also be ranked rewards, though those haven’t been finalized yet. They are said to be different from the rewards you’d get from playing on Summoner’s Rift and will be distributed at the end of each season.

Those seasons could come every few months alongside the ranked seasons that players play through in the traditional experience, Riot said, though that’s also subject to change.

How do I download and install Teamfight Tactics? (PC)

Open Beta Update
Riot’s Teamfight Tactics is currently rollin’out for its public beta. Which is handy, as playing the closed beta proves to be a bit of a faff as you need an account with Honour Level Three. In short, getting that rank takes ages. Even if you did have an account, players report queue times of up to four hours.

If Teamfight Tactics isn't currently available in your region, here's when it's due to arrive:

TeamfightTactics is coming to a live server near you this week! Want to know when? Check out this post:https://t.co/xaqeqthjbA pic.twitter.com/cKij3moule

If you're brand new to the mode, make sure you read on below for an in-depth overview of how it all works.

TFT is now available to everyone. So get your TFT recipes cheat sheets at the ready, and study up on the best Teamfight Tactics comps.